For some of the prisoners, it was too much. But crammed into the boxcars, there was not even enough room to die. It wasn’t until the cars unloaded at Capas train station, some 50 or more kilometers and nearly two hours away, that the dead men fell to the floor. So crowded were the boxcars, the dead were forced to stand for the trip.

Today, those boxcars are nearly all gone. One boxcar of that style, was rescued, and for years stood near the San Fernando train station. Exposed to the elements, and without security, it began to rot and at one point provided housing to the homeless.

Through the efforts of many groups, including FAME, the boxcar was recently transported to Capas, where it is now located on the grounds of the Capas National Shrine (Camp O’Donnell). It is under cover and exposure to the elements has been reduced.

It is the goal of FAME to raise enough money to annually provide for the maintenance of the boxcar and this covering structure. 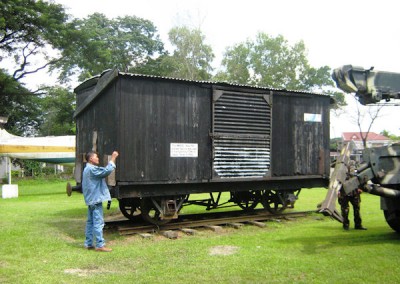 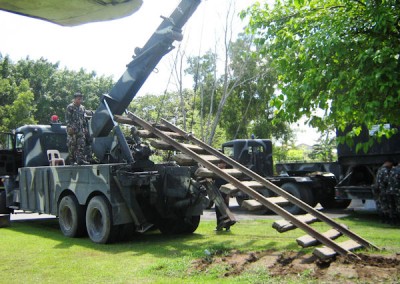 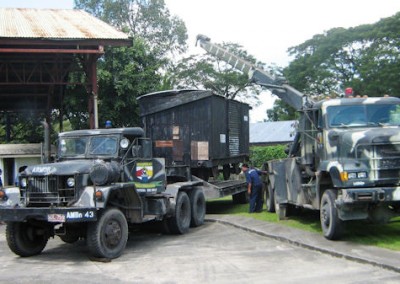 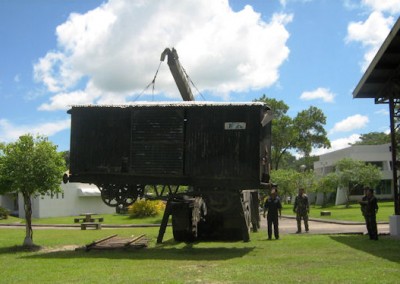 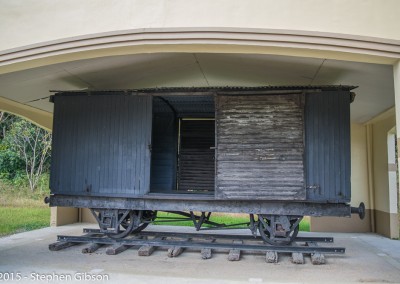 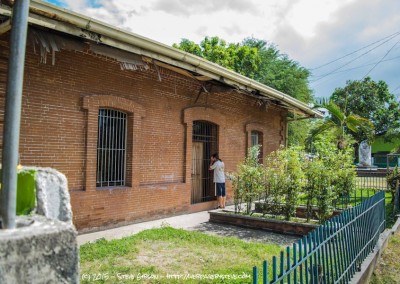 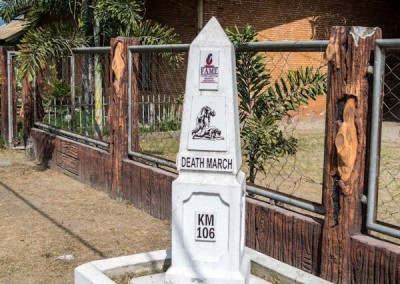 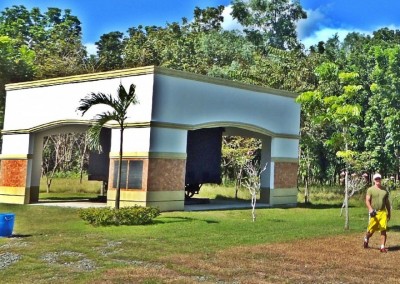