Colonel Ramsey (pictured here), a founding member of FAME, was an officer in the US Army’s 26th Cavalry (Philippine Scouts). He was awarded many decorations for his achievements in combat. 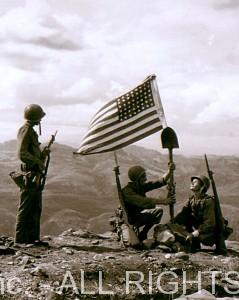 Of particular mention historically is the fact that Colonel Ramsey led the last US Army’s horse cavalry charge during the early fighting on Bataan. Sadly, the troop’s horses had to become part of the food supply in which desperate measures were taken to feed both the Filipino and American soldiers, as well as the thousands of refugees on the Bataan peninsula.

Col. Ramsey authored, with Stephen J. Rivele, the recently reissued book,Lieutenant Ramsey’s War, a must read for those interested in what took place early in World War II in the Philippines.

(If you have wartime stories you want to share, we would like to hear them. Send your stories to fame@amchamphilippines.com)